The first ascent of Mt Everest in 1953 and the first flights into Lukla Airport a decade later opened up the trekking trail to the world’s highest mountain to the world. 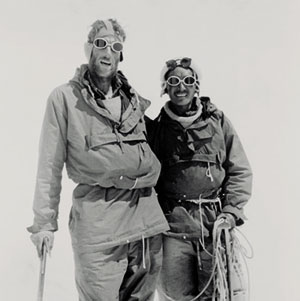 The hiking route from Lukla to Everest Base Camp soon became so popular that it was known as the ‘Toilet Paper Trail’. However, the route from this airport town all the way to the summit of Mt Everest today is largely litter-free thanks to a unique partnership between the Sagarmatha Pollution Control Committee (SPCC), mother’s groups in villages along the trail, and Tara Air.

The first thing visitors notice once they step off the plane from Kathmandu are the spic and span stone-paved streets of Lukla. Further on, the trail has trash huts for burnable and non-burnable garbage all along the way. The collected plastic and paper is incinerated, while the bottles and cans are flown down to Kathmandu to be recycled.

Expeditions to Mt Everest have to pay a deposit of $4,000 which is refunded only if the SPCC certifies that they have taken all their trash back down, there is a similar scheme for climbers on trekking peaks. Climbers say, the route up the Khumbu Icefall to the summit of Everest is cleaner than before.

Half a century after Edmund Hillary bought the land from Sherpa farmers for $2,600 to build the famous airfield, Lukla became the gateway to Everest. But today the town is also the exit point for garbage to be airlifted out.

“At the beginning of the trekking and mountaineering season like now, our flights to Lukla are full, but they fly back mostly empty. So we thought we would support Khumbu’s local cleanup campaign by flying the waste to Kathmandu,” explains Umesh Rai, CEO of Yeti Airlines and its subsidiary, Tara Air.

Except of the occasional biscuit wrapper, mobile top-up cards and yak dung, the trail is surprisingly clean. Indeed, the Everest cleanup campaign is a working template not just for other trekking routes, but for the rest of Nepal as well. Villagers in the Shey-Phoksundo National Park want to start a similar effort.

The SPCC was launched in 1991 by local communities under the guidance of the Venerable Ngawang Tenzing Zangpo, abbot of Tengboche Monastery. But it faced a problem of what to do with the rubbish. A Japanese group led by Junko Tabei-the first woman to climb Mt Everest- installed modern incinerators, and a ban on bottled beer 10 years ago reduced the volume of garbage. But there were still lots of bottles and beverage cans.

“We signed a three-year contract with Tara Air to move out the garbage free of cost, and this has been a significant contribution to our clean-up,” says Maya Sherpa of SPCC.

Tara Air airlifted over 4 tons of trash in 2016 and 11 tons during last year, and the airline hopes to double that in 2018. The trash is collected door-to-door by mother’s groups in villages along the trail, segregated, and the unburnable items are then carried by SPCC porters and zopkios to Lukla to wait for empty flights going back to Kathmandu.

“We are committed to seeing the Everest region clean up and we will airlift all the garbage handed to us by SPCC and other groups,” says Tara manager Funuru Sherpa, pointing at the white sacks stacked at Lukla Airport.

The campaign to manage garbage has also become a source of livelihood for many families. Dhan Bahadur Baniya moved from Okhaldunga to Lukla eight years ago and is now employed by SPCC to conduct garbage patrols in villages and along the trails. Dalamhu Sherpa of the Phakding Mother’s Group says: “This clean up works because we have SPCC and Tara Air all helping. We would not have been able to do it without them.”

Pasang Sherpa, owner of Sherpa Guide Lodge in Phakding says she hopes her community has set the example for others by cleaning up the trails. She says, “Garbage has always been a big problem here. Now that the cans and bottles are being flown to Kathmandu, our villages are cleaner and healthier, and this helps tourism.”

Last week, eight zopkios carrying 60 kg each of used bottles and cans were being herded down the trail to Lukla. The trash caravan passed trekkers from all over the world walking in the opposite direction up the trail. The spring trekking season has started, and the lodges have been cleaned up for the 50,000 tourists expected here this year.

At Lukla Airport, Funuru Sherpa gets up before dawn to prepare his staff for the Kathmandu flights. The Dorniers and Twin Otters start landing on Lukla’s short, sloping runway even before the sun comes up from behind the mountains. The planes keep the engines running while passengers get off and climb on, the luggage is unloaded and loaded, in quick ground handling that looks like a Formula 1 pit stop.

The later flights are loaded with the sacks of trash. One morning last week, Tara carried one ton of trash in two flights down to Kathmandu before the clouds move up and Lukla was closed for the day. 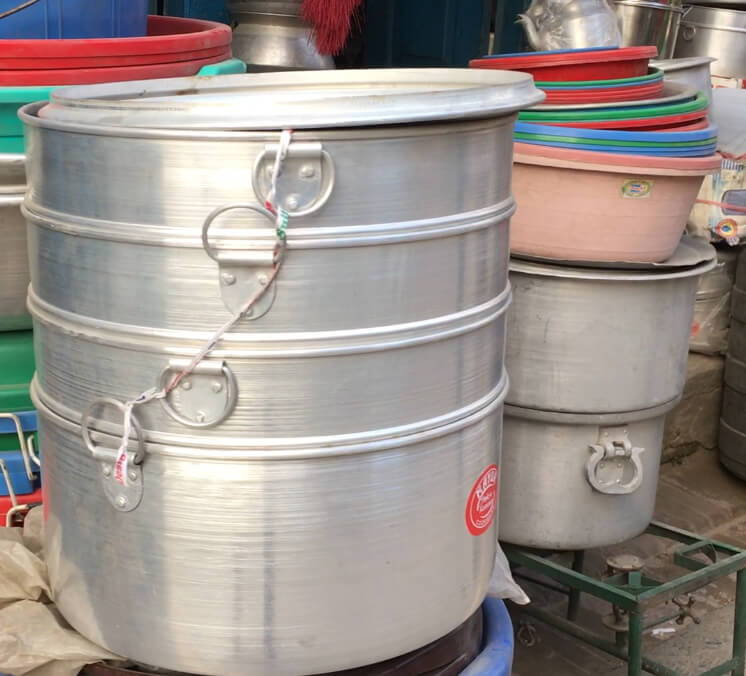 At Kathmandu airport, a team from the Blue Waste To Value recycling company is on hand to collect the garbage and move it to its facility in Balkot. There, workers open the sacks containing wine and ketchup bottles, beer cans, torn tents, oxygen bottles, and even a broken cooking stove. The trash is further segregated and sold to recycling companies.

Besides managing the Everest garbage, Blue Waste also handles trash for major hotels in Kathmandu like Yak & Yeti and Hyatt Regency. Says Nabin Maharjan of Blue Waste: “By treating the garbage that is flown down from the Everest region we don’t just keep the trails clean, we reduce the amount of waste sent to landfills here, clean up environment, and create green jobs.”

The Everest garbage finally lands up in Kathmandu market where they have been turned into aluminium momo makers.